Khmer Literature and Culture Festival aims to leverage Cambodia literature and culture among students and authors through engaging activities, booths, traditional Khmer games, workshops, and panel discussions. As a part of the festival, I am the lead organizer for the Khmer Fashion Show. The show displays the revolution of Khmer fashion from the Angkor era to Cambodia modern life, 2019. My goal for the show is not only about showing the cloth, but at the same time educate people the Khmer history and ancient textile.

Junx aims to inspire more people to do recycling, upcycling, reusing, and maintaining the fabric waste. Furthermore, 25% of Junx’s profit will be invested in community development and social impact.

The reason we decided to incorporate social responsibility into our business model is that we want to reduce fast fashion in the community; a lot of clothes are being produced quickly and there are also a lot wasted. We want to help people in many ways we can by organizing clothing swaps, assessing communities’ clothing needs, educating communities about waste management and creative solutions to waste (especially fabric and clothing). We want to be more than a brand; we are a concept and a vehicle for change.

International Labour Organization is a tripartite U.N. agency who brings together governments, employers, and workers to set labor standards, develop policies and devise programs promoting decent work for all women and men. Our group is working with the ILO to implement soft skills training in Cambodia. Soft skills are a combination of people skills, and social skills, (e.g. communicating) that you learn through experience rather than through formal, conventional training.

The Phnom Penh Youth Film Festival is an event run by students that aim to introduce filmmaking to government students to contribute to the growth of Khmer national film industry, give the students themselves possible future careers, and open up their minds to different ways of expressing their thoughts or addressing different problems in the society. With this aim, we are working to teach the government students the basics of scriptwriting, film producing, and film editing. The Final film will be a showcase to everyone in June. As a committee and someone who loves to engage people with an amazing opportunity, I really wish to see more people take this advantage and possibly step out of their comfort zone for the sake of their growth.

Both women and men share similar health challenges, but the differences are such that the health of women deserves particular attention. While there are many commonalities in the health challenges facing women around the world, there are also differences due to various conditions in which they live. I think it is very important for women to have access to knowledge related to their own health, not only about the reproductive system because they are going to a mother and wife, but about all aspects of her body. Therefore this will be amazing research to scrutiny the women’s health in all aspects, and especially seeing the different perspectives towards the women’s health system in Cambodia. My aim is to 1, Determine the current health services for women in the rural areas in Cambodia and what they are lacking. These include: (a), the area of they are living; (b), the income/poverty around their area. 2, Dictate the current women and girls health in Cambodia; major health concern, establish the needs for women and girls based on their service which also could link to their knowledge of their own health. 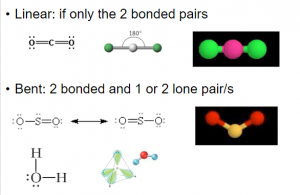 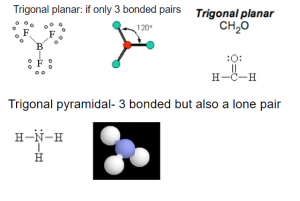 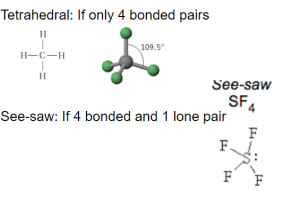 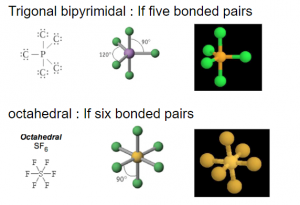 Polarity – based on the shape of the molecule

Homogeneous – a mixture that is dissolvable in each other 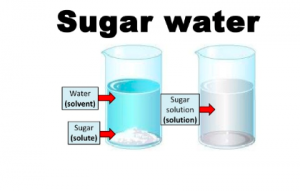 Heterogeneous – a mixture that is separated from each other 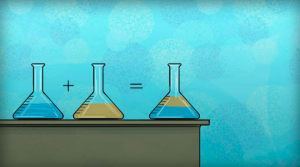 On August, 31st, 2018, our Healthcare exploration visited MoPoTsyo to gain insights into healthcare and healthcare perspective in Cambodia. MoPoTsyo—a shorter term for Patient Information Centre—is an NGO that works with patients with chronic diseases, especially diabetes. We were there to talk to Dr. Maurit. He was a really fun man to talk to. He took us through mini biology lessons and explain different diseases and condition. From his talk, we learned that diabetes is not a disease, rather it a condition where the person is unable to produce insulin (type I), or unable to use their insulin effectively (type II). You might be wondering what is insulin is, well, it’s just a fancy name for a hormone that helps your body to regulate its sugar level. Back to where I trailed off, not only did we talk about Cambodia, we also discuss the sugar credit (in Thailand) where the tax paid by food production company is proportional to the sugar content of their product and various food scandal. Then, we talked about the improvement(s) Cambodian public hospitals can make, and learned about MoPoTsyo’s work. What they do is really cool, they offer blood testing service and education program. They also a longer training program, where people were taught about diabetes, and later take a test to ensure that they are qualified to teach their peers and raise awareness of diabetes. 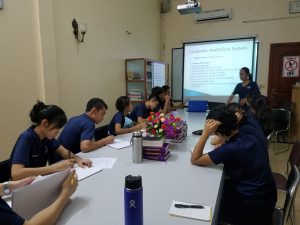 Hedy Lamarr was born on November 9, 1914. She was an Austrian-born American film actress and inventor. Lamarr won a beauty contest in Vienna at the age of 12. As a child, she showed an interest in acting and was fascinated by theatre and film. She became a film star from the late 1930s to the 1950s. Her best-known films are Algiers, Boom Town, I Take This Woman, Comrade X, Come Live With Me, H.M. Pulham, Esq, and Samson and Delilah.

At the age of 18, Lamarr married Mandl. Her marriage eventually became unmanageable, and she decided to separate herself from her husband. She described her husband as an extremely controlling husband who strongly objected to her acting career. She even claimed she was kept a virtual prisoner in their castle home.  After leaving Mandl, she met Louis B. Mayer, head of MGM. He brought her to Hollywood in 1938 and began promoting her as the “World’s most beautiful woman” and she gets famous ever since.

During the World war II, Lamarr wanted to join the National Inventors Council, but the NIC member told that she could better help the war effort by using celebrity to sell war bonds. Because of her participation, there were many war bonds purchases during that time. Throughout her entire time in the film industry, Lamarr enjoyed her biggest success playing Delilah the most. The film was the highest-grossing film of 1949 and also won two Oscars.

Besides working in the filming industry, Lamarr also worked in her spare time on various hobbies and inventions. She improved traffic stoplight and a tablet that would dissolve in water to create a carbonated drink. The beverage was unsuccessful but later on, in 1997, Lamarr received the Electronic Frontier Foundation Pioneer Award and the Bulbie Gnass Spirit of Achievement Bronze Award, given to an individual whose creative lifetime achievements in the arts, science, business, or invention fields have significantly contributed to society.

Lamarr died in Florida, on January 19, 2000, of heart disease, aged 85. She was given an honorary grave in Vienna’s Central Cemetery in 2014. Despite the fact that Lamarr was an actress, she was also the first woman to receive the invention Convention’s BULBIE Gnass Spirit of Achievement Award, known as the “Oscars of inventing.” This amazing history should be spread and hear by everyone because Lamarr, an actress, and woman had broken the world stereotype by inventing the “secret communication system” that we are now using every day.

Last but not least, the three characteristics that help Lamarr reached her goals must be persistence, patience, and positivity. Lamarr was not just a pretty actress, in addition, this Lamarr seems to play an important role during and after the World War II broke. She wanted to solve the problem of communication at that time, but her first attempt wasn’t a success due to sociocultural discrimination. I understand that sometimes there are people that are going to say “no” to what we want and need but successful people do not give up, so did Lamarr.

Students are required to write three different type of poems such as the Found poetry, Photography poetry, and the Metaphor poetry. The poems can be written in any perspective reflected on any books that students had read. Here is my Photography poetry that was written in a perspective of a seed growing at the dump. I was inspired by this lovely picture of a poor little boy scavenge at the River of the Victory dump which best known as the largest municipal dump in Phnom Penh. 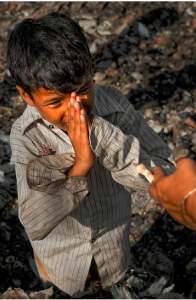 I’ll grow out of anger,

I’ll grow out of fear,

I’ll grow out of where YOU, people called dump,

To prove you I’m massive.

Night and morning with my tears,

And I grow both day and night,

Till it bore an apple bright.

You once called me a groundless seed,

You trapped me miserably,

But you never knew that this browny-little seed,

Seeks its own nutrition, out of this toxicity.

And now, maybe I’m not a beautiful tree.

Thanks to this municipality, or this yard, or this large, awful, stingy, rubbish, landscape.

You gave me the moon, the star, the sun, the cloud, and you proved to me that I’m no longer the unwanted seed.

Liger Leadership Academy students are English Language Learners. They have been immersed in English for over five years but are still developing grammar and fluency. At Liger, we pride ourselves on prioritizing process over product. Please excuse any English errors as part of the learning continuum our students have taken over the years. 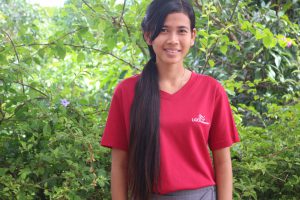 My name is Sovannary. I have dreamed of becoming a lawyer since I was 10, but everything changed once I entered Liger Leadership Academy in 2012.

Passion, creativity, and determination are my foundation. I teach myself to be strong, to be passionate in every subject area, to be a role model for my next cohort and most importantly to take advantage of my opportunities in order to become a strong change agent for Liger and Cambodia. Over the last few years, I have taken lots of different classes (science, physics, history, coding, art, etc), but I found myself strong in science and social communication. I like working with many different people from all over the country to solve current problems and discuss solutions. For example, I have spoken at various meetings for Impact Hub about environmental problems in Phnom Penh.

I love social networking and communications, but I also like fashion. I spent some time doing recycled fashion and technology fashion which require lots of skills in art, sewing, and basic codes. The greatest challenge in my life is discovering who I am. The second greatest challenge is being happy with I discover, even if it doesn’t fit my dreams as a child.